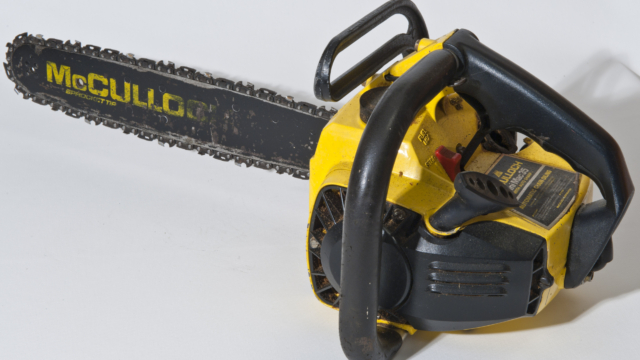 You might be shocked to learn why chainsaws were originally created

By BazaarDailyUS on November 27, 2020
Spread the love

Contrary to popular belief —- chainsaws aren’t just used by those woodchucks; the occasional serial killer, and so on. According to history, in the 18th century two doctors actually concocted the idea of a chainsaw to do something entirely different.

History shows that John Aitken and James Jeffray created the chainsaw because during 1789 they only used knives to essentially cut the baby out of the womb. It is unclear whether or not vaginal births were a thing at this time.

The doctors, per historical records, began to use the chainsaw that year for “extra difficult” births after concocting the idea amongst themselves. While it may seem terrifying — it likely was the best bet they had at a time that it is believed had little advanced medical technology.

The chainsaw helped them cut bone from around the pelvic area to allow room for the baby to come out.

We couldn’t go any further without getting too graphic which would’ve ran afoul of our Terms of Service.