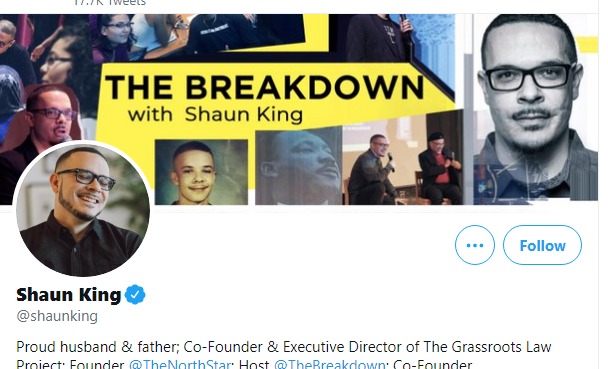 Mos Theft, aka Shaun King, is still trying to profit off of the plight of Black families

By BazaarDailyUS on March 17, 2021
Spread the love

Samaria Rice, the mother of slain teenager Tamir Rice (may he rest in peace) has spoken out amid reports that sociopathic activist Shaun King is at it again. This week King took to social media in yet another bizarre attempt to monopolize the plight of Black Americans in an effort for long-rumoured personal gain.

The original piece by Shaun King appeared in a publication called The North Star. In typical King fashion, the piece appeared to be a blatant sidestep at self promotion; general promotion, and condescending words about a woman who lost her son.

It is unclear as to why people still give this man any money.

This post was originally published at 4:49 pm EST. This post was additionally updated at 10:45 pm EST to reflect the statement that appeared online by Samaria Rice through what appears to be a close associate.