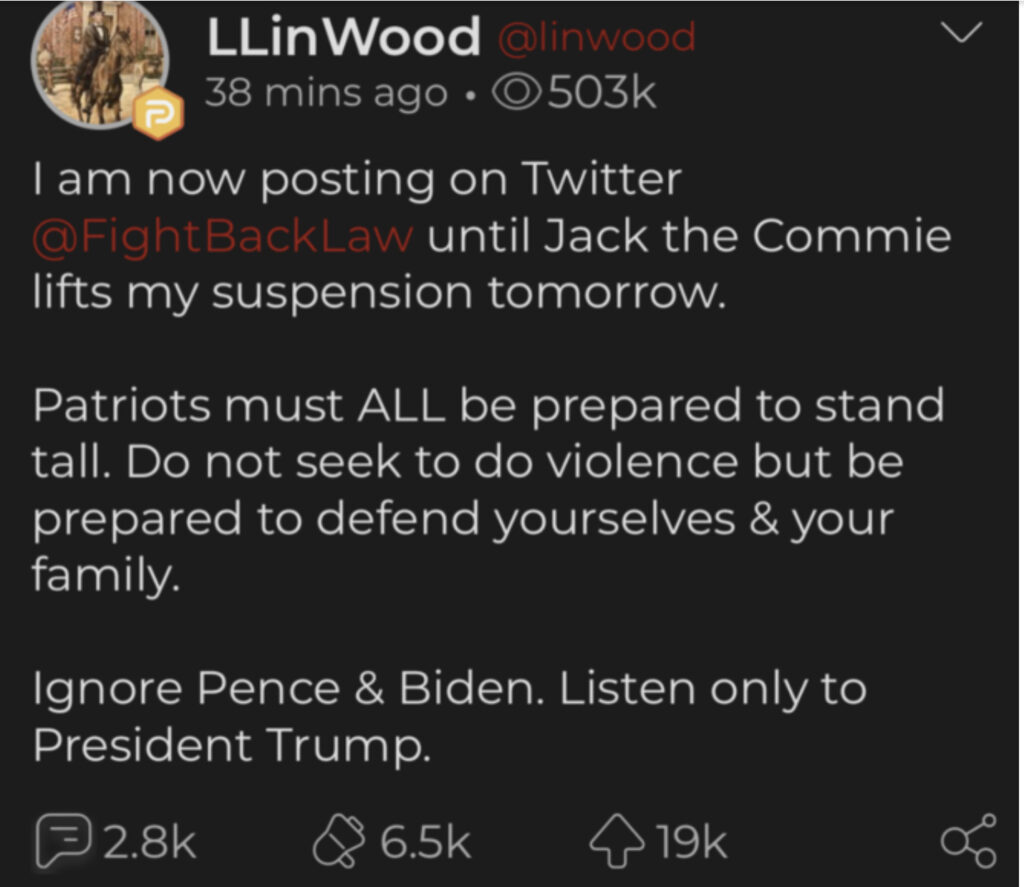 “I am now posting on Twitter @FightBackLaw until Jack the Commie lifts my suspension tomorrow,” he wrote on Parler, referring to Twitter CEO Jack Dorsey. Twitter also banned @FightBackLaw.

Both bans came into play after Wood openly promoted the sedition that took place in the Capitol Complex in Washington earleir this week. He joins a long list of Trump supporters that apparently see nothing wrong with the terrorist attacks that took place.

A big change was quietly made to who qualifies for student loan relief, everyone needs to see this