According to newly published reports, White House Counsel Pat Cippollone may be on the way out. CNN claims that Pat earlier today tried to warn Donald Trump that he now faces potential sedition charges following reports that he incited violence that led to the riots in the Capitol.

Sources reportedly told CNN that Pat is ‘there out of a sense of duty’ but may not be there much longer given the sheer disregard for morality; all things America, and the safety of the general public. 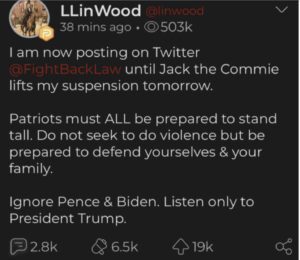