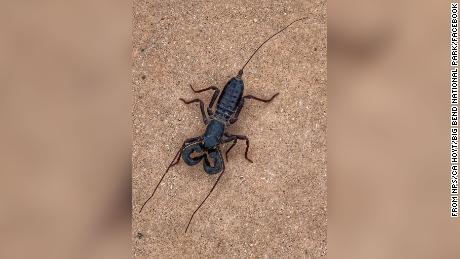 Acid shooting scorpions are roaming about parts of West Texas

If you’re in Texas this fascinating one is for you. According to TX officials, a 3 inch bout of acid shooting scorpions has been discovered in the state. According to the state’s park service, the scorpion is dangerous to humans as its tail can shoot 85% acetic acid.

They’re only dangerous if actually disturbed according to the park service. Parts of their deadly components are also found in human products like vinegar.

Thankfully they’re not exactly poisonous but folks in the west Texas area definitely should not go too close to them. Park officials though are encouraging people to safely get a fun look at the itty bitty creature.