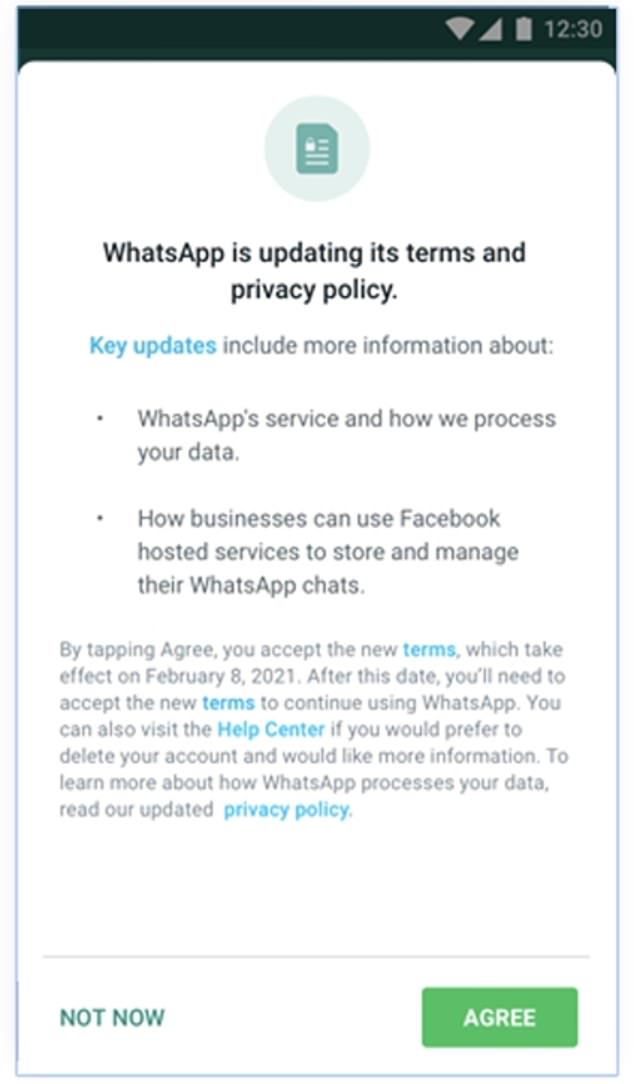 By BazaarDailyUS on January 16, 2021
Spread the love

Because truth is when people realized that their data would be shared with Facebook people didn’t like that at all and for good reason. The Facebook owned messaging platform announced last week that a new PP would come into play in February.

That privacy policy outlined a number of changes including the fact that they wanted the ability to apparently share information with Facebook as Facebook seeks to consolidate its power over its services. The consolidation, however, took a major hit at Whatsapp as reports indicated on Friday that the app lost millions of users to apps like Signal and Telegram.

The update will now gradually phase onto the app in March now instead of 8 February.

Signal and Telegram are two of the world’s most popular similar apps but some had never heard of them before the attempted privacy dump by Whatsapp. Both of the apps respectively do not sell or transfer any form of user data and often disregard requests to do so — one of them even has disappearing messages and other stunning features for added privacy.