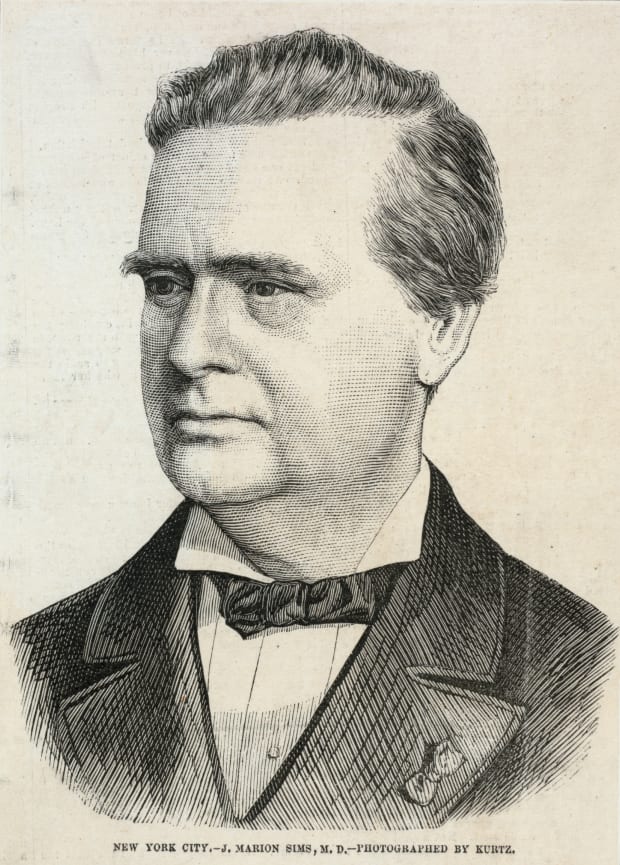 Editors note: This article explores the wild and terrifying history of J. Marion Sims — a person that could arguably be called “Dr Evil” due to his horrors he committed against what were then enslaved Black women. His horrors were so terrifying that he is often referred to as one of the most dangerous human beings to have ever lived. Despite such he is still popularly known as the father of gynaecology.

In the 19th century, a man named J. Marion Sims set out to study medical and apparently the woman’s body. During the time that Sims set out to do such, er, women were still enslaved and Black people were still owned by their white masters. Sims used this to his advantage because he needed women to be completely complacent with his bio-experiments with little pushback.

His experiments involved more than two dozen women; morphine, and slaves. According to historical records, Sims operated on more than 2 dozen women some of them having been more than 30 times or more. At least two of the Black patients died from injuries sustained during the operations.

Sims’ horrors were made possible through the terrifying use of morphine and his decision to drug the women with it in order to make them complacent. The use of such essentially made them unknowing to the fact they were being abused never having known what actually happened. Sims long argued at the time that the enslaved Black women were willing, although historical records have longe proved that they have been given extraordinary amounts of morphine post procedure to make them comply.

Sims managed to partially get away with his horrific crimes because across the Antebellum south — enslaved individuals were often see as test dummies at the time. In fact, the following Motto could have been long associated with the area at the time. History shows that he had an association with the South Carolina Medical College — which viewed Black people as such so long as they were legally enslaved.

No place in the United States offers as great opportunities for the acquisition of anatomical knowledge. Subjects being obtained from among the colored population in sufficient number for every purpose, and proper dissections carried on without offending any individuals in the community.

KNOWN FOR: The abuse and medical assault of dozens of Black women. Also known for the discovery of a treatment for vesicovaginal festula. The condition simply is a condition that causes complications at childbirth. During this period in history, it was unknown and almost unheard of and was introduced to him in 1845. Had it not been for enslaved Black women he never would’ve made the discovery.

At the time of these experiments, he had built a hospital that would go on to become known as the first hospital for women in history. Eventually, the hospital went on to have two floors and more than 8 beds as he illegally performed the operations and surgeries on women and their vaginas.

This article is part of our new series called American Horror Story: The History of Medicine.