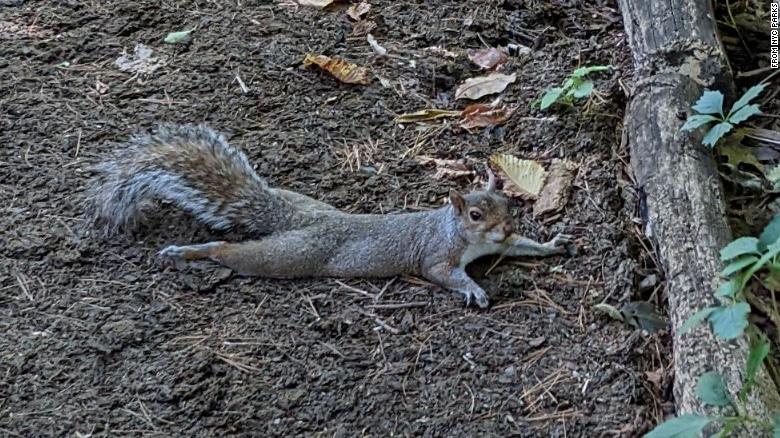 A photo of a squirrel “splooting,” a behavior the animals use to cool off during hot weather.

Following a series of concerned comments from city-goers, New York City Park officials have confirmed what this is. According to park officials, squirrels appearing as such is called splooting and is perfectly normal.

“If you see a squirrel lying down like this, don’t worry; it’s just fine,” wrote the department on Twitter alongside an image of a squirrel stretching out its limbs. “On hot days, squirrels keep cool by splooting (stretching out) on cool surfaces to reduce body heat. It is sometimes referred to as heat dumping.”