In a not so stunning move, music giant Spotify has announced that instead of siding with the right side of common sense they have chosen profits over anything else. According to the company, the company will comply with a request made by legendary recording artist Neil Young to remove his music or remove Joe Rogan. As NBC News notes, the company has decided to remove Young ‘s music instead of tackling the misinformation at the helm of Rogan ‘s many podcast episodes.

In a statement, the company claims that it will welcome back Young at any point in the future but largely missed the mark as to why Young made the ultimatum to begin with.

“They can have Rogan or Young. Not both,” Young, 76, said in an open letter to his manager and record label that was posted to his Neil Young Archives website on Monday, according to Rolling Stone.

“We want all the world’s music and audio content to be available to Spotify users,” the streaming service said. “With that comes great responsibility in balancing both safety for listeners and freedom for creators. We have detailed content policies in place and we’ve removed over 20,000 podcast episodes related to COVID-19 since the start of the pandemic.”

Rogan is probably best known for these days for his vaccine conspiracy episodes and outright lies about the most basic concepts of medicine. 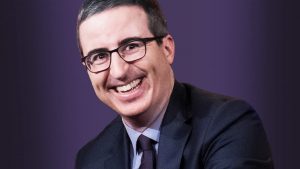