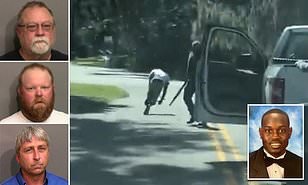 By BazaarDailyUS on April 28, 2021
Spread the love

The shocking murder of Ahmaud Arbery some time ago in broad Georgia daylight will finally see its justice in court. According to investigators, Gregory McMichael, 65, and his son Travis, 35 have both been charged with US federal hate crimes for his murder.

The two men and their reported neighbor were previously implicated in his murder after surveillance tape revealed the terrifying encounter. All three of the men stand accused and convicted of racially profiling Arbery as a Black man who had previously went on a jog the day he was killed.