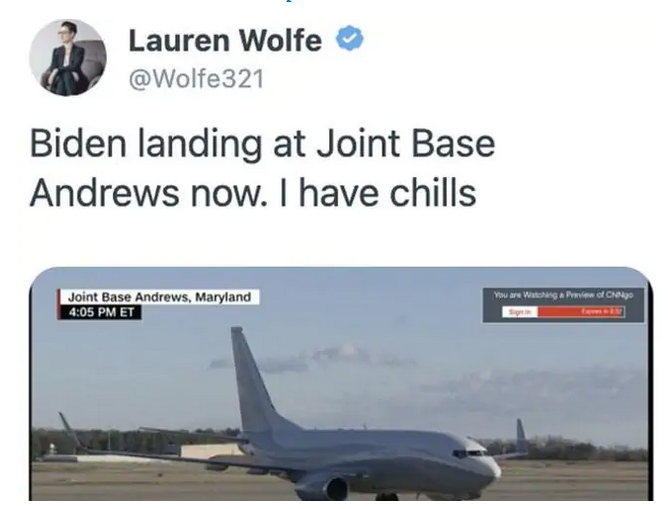 By BazaarDailyUS on January 24, 2021
Spread the love

Journalist Lauren Wolfe is spending Sunday probably wishing the headlines would stop but more people are mad at her firing than they were at her tweeting. Over the weekend, Wolfe was fired from her contract at the New York Times over an apparent tweet that noted she had “chills” during Biden ‘s Inauguration (see below.) The tweet of course sparked backlash among conservatives who argued that Wolfe was no longer impartial.

By Sunday morning, Wolfe had lost her contract at the Times amid claims that she was anti-Trump and no longer impartial to politics.

Without further explanation here is the tweet in question:

The New York Times has not yet responded to requests for comment although we’ve reached out twice.