The leader of the Proud Boys has been arrested in DC: Reports 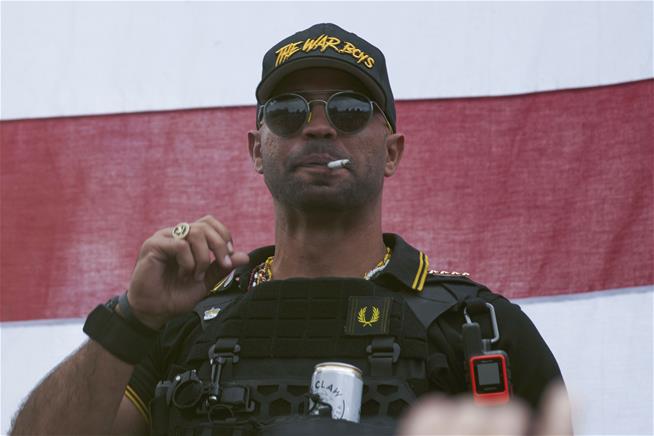 For reasons that are still partially unclear the leader of the Proud Boys Organisation (yes the terrorist organisation) has been arrested by DC Police ahead of reported rallies. According to local reports in D.C, local authorities reportedly feared that the presence of the far-right militia style domestic terrorist org would cause severe damage.

But that was not why Enrique was arrested. Per The Washington Post, Tarrio was arrested for an incident in December where he reportedly burnt a stolen Black Lives Matter flag that he and his organisation had swiped from a historically Black church. Tarrio has since admitted to the fact that he had done so. In DC, Tarrio also faces two felony counts of being in the possession of high-capactiy feeding devices (guns here guys) which is illegal in the District.