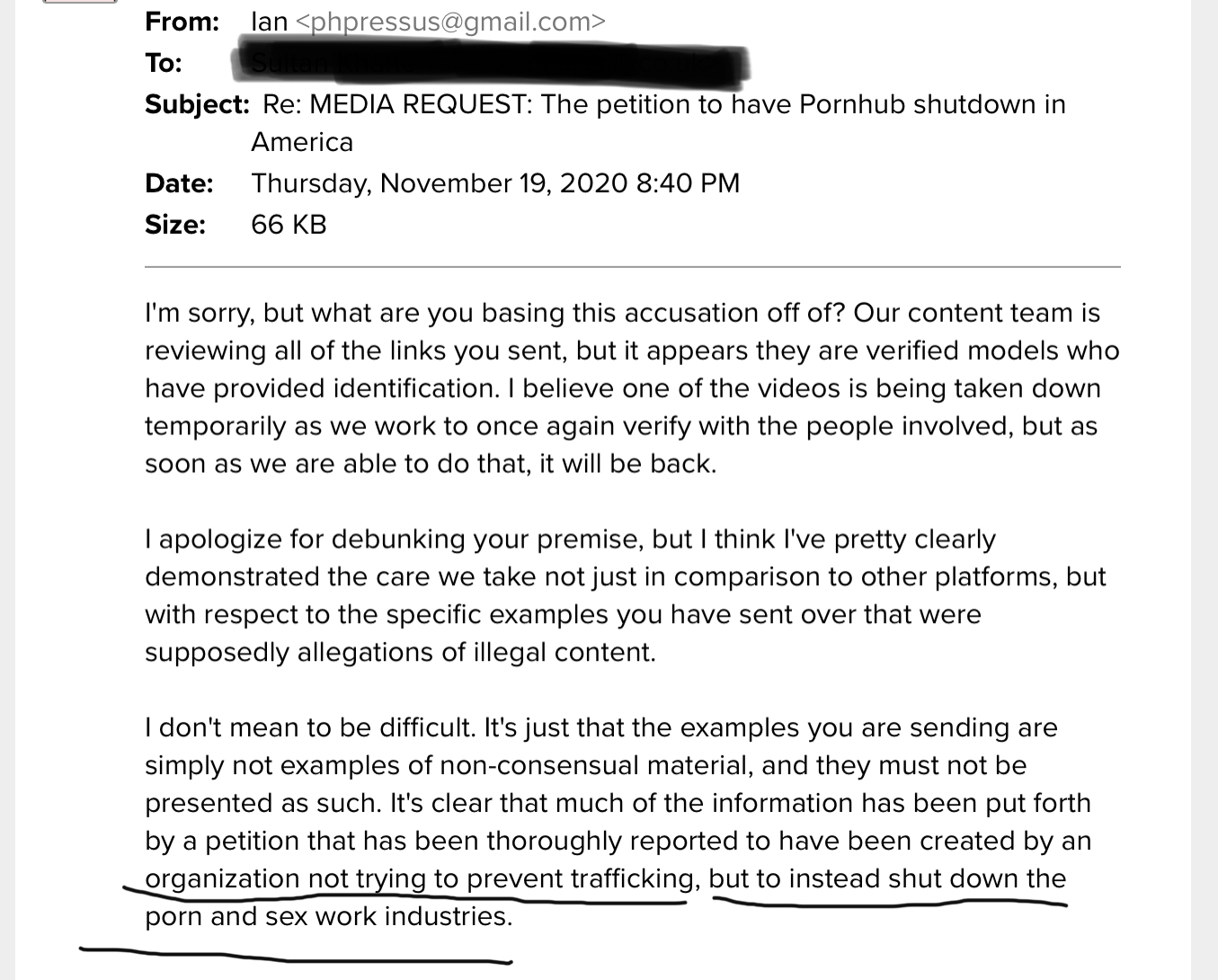 Some of the video’s on the world’s most trafficked adult website are in fact of consenting adults in depictions of otherwise fairly bizarre sexual acts. A quick search on the site turned up everything from stealthing; to taking the condom off, rough abuse, barely legal teenagers (a hot button issue for activists) and more.