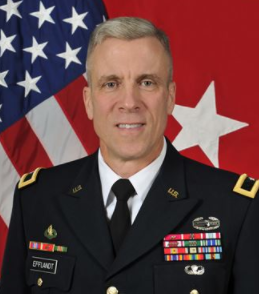 By BazaarDailyUS on September 1, 2020
Spread the love

Amid the backdrop of multiple murders of his own soldiers, Fort Hood Commander Gen Scott Efflandt has been removed from his post effective immediately. The army confirmed the news on Tuesday against reports that the base is undergoing several investigations surrounding at least three different deaths and at least 1 murder of soldiers from within Fort Hood.

The move has largely been described as a career ending move.